Who are the Officers of the company?

In business law Companies are not usually required to have a company secretary unless it is a public company. Many companies do, however, have them as those companies formed before 1 October 2009 were required to have one to ensure that a dedicated person was dealing with the company’s legal administrative requirements. The company must confirm on behalf of the secretary that he consents to act as a company secretary. The company must also notify the Registrar of Companies within 14 days of appointment.

The company secretary has the authority to make contracts on behalf of the company’s business. They will have the actual authority to enter contracts of this type under the terms of their appointment.

Directors are protected from personal liability like shareholders because a company is a legal person with its liability. Every private company must have at least one director and every public company must have at least two. They take business decisions and make contracts on the company’s behalf and so have a considerable amount of power within the company structure.

The persons named as directors in the statement of proposed officers of a company will automatically become directors on the date of incorporation. They could also be appointed per procedure in the articles. It is necessary however to check that there are no statutory or article restrictions on whether a person is eligible to be a director.

Directors are given powers by the articles and have the right to exercise all the company’s powers. They are the officers of the company and exercise these powers by making decisions at board meetings and where there is more than one, they usually act jointly and make decisions by a majority decision at a board meeting. This power once given to the directors belongs to the board and so cannot generally be exercised by the shareholders instead. This means shareholders cannot usually overrule or alter the board’s decisions.

Directors may delegate their functions to other executive directors, and employees of the company should the company’s circumstances so require.

Directors also have the authority to bind a company as they are the officers of the company in a contractual relationship with a third party based on his position as an agent of the company. They will do so if they act with either actual or apparent authority. Anything exceeding this authority will not bind the company and the director will be personally liable for breach of warranty of authority to the third-party with whom he is dealing. 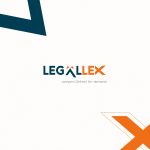 Copyright Guidelines | What do copyrights mean?

Copyright is a property right given to the creator of a description of work for a specified number of years. They give the right to the creator to stop others from copying the relevant work. It is a single asset that can be assigned partially. Therefore, the things the copyright owner has the exclusive right to do or the period for which the copyright is to subsist. There are two types of copyrights: Classic and Entrepreneurial copyrights. If one cannot find the category in which an item falls in the description of copyrights, the copyright will not subsist in it. Breach of Confidence – A Complete Guide

The law on breach of confidence is aimed to protect secrets which in return helps the innovators to protect their ideas and concepts and reap the rewards of their labour and intuition.Privacy and Breach of Confidence..